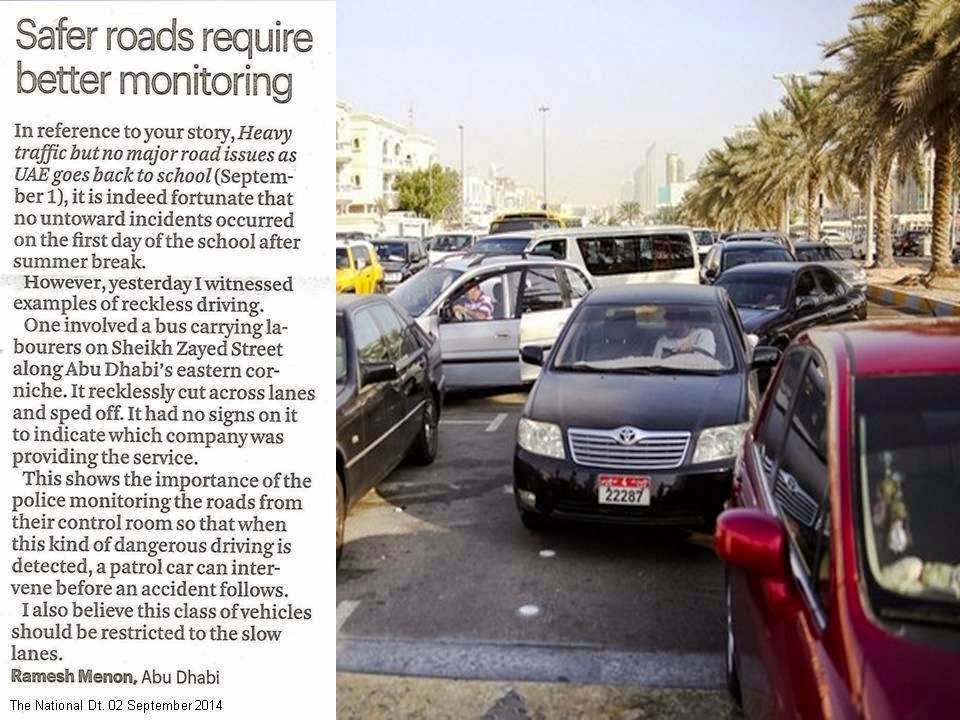 In reference to your story, Heavy traffic but no major road issues as UAE goes back to school (September 1), it is indeed fortunate that no untoward incidents occurred on the first day of the school after summer break.

However, yesterday I witnessed examples of reckless driving.

One involved a bus carrying labourers on Sheikh Zayed Street along Abu Dhabi’s eastern corniche. It recklessly cut across lanes and sped off. It had no signs on it to indicate which company was providing the service.

This shows the importance of the police monitoring the roads from their control room so that when this kind of dangerous driving is detected, a patrol car can intervene before an accident follows.

I also believe this class of vehicles should be restricted to the slow lanes.

To read it in original, please visit The National online
Posted by ClicksandWrites at 8:51 PM