Traffic Safety posters - prepared for JOY - a volunteer organisation based in Bangalore to promote Traffic Safety in co-ordination with Bangalore Traffic Police.
Posted by ClicksandWrites at 3:29 AM No comments: 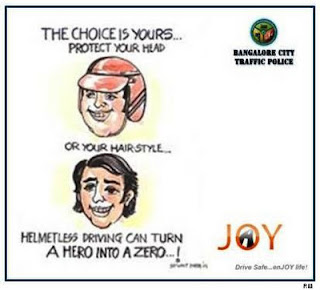 Traffic Safety posters - prepared for JOY - a volunteer organisation based in Bangalore to promote Traffic Safety in co-ordination with Bangalore Traffic Police.
Posted by ClicksandWrites at 3:27 AM No comments: 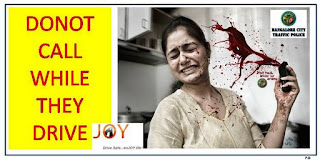 Posted by ClicksandWrites at 3:23 AM No comments:

With the grace and blessing of all Gurus and Gods, we were able to launch the computer coaching class for children at Sai Ashrayadham, Kadugodi, Bengaluru.

Initial plans were to start with computer basic skills and more children were interested and participated in it on their on will.

I append below an UNEDITED version of email from my wife Rajashree on the 1st day of this project:

"We left at 1:45 pm. Before leaving, I prayed a lot to BABA and our amma to guide and bless me to teach these children in the best possible way.Went along with Mrs.Pragya and mon for the class.

The children were happy to see us. Initially all the elder boys aged above 12 years joined. But later i saw so many other younger enthusiasts eagerly peeping through the window. Then I allowed them also to join. They were simply thrilled.

They were so happy to learn. They showed so much interest  . They have very good grasping power also.

When I asked them simple questions like the full form of CPU, they just shot back with the correct answer. Then I explained to them the significance of CPU

Today being the first class, we took around the whole system.  All of them sat throughout the class keenly listening to whatever we were teaching them.Some of them have drawn some pictures in their books. I shall email you those drawings also.

It was a nice experience spending so much time with these children. WE HAVE A LOT TO LEARN FROM THEM WHEN WE CRIB ABOUT SMALL SMALL PROBLEMS.

THEY ARE ALWAYS SMILING THROUGH THE PAIN AND SO GOD FEARING.

Monu also enjoyed seeing them show so much interest in learning computer.

When we left, they asked us - 'Aunty neenu saturday bharthiya'.  We told them we will surely come.

Mon has taken some photos of the class sessions. Shall email you""


and now the photos: 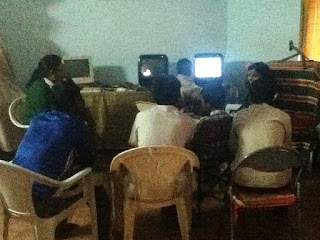 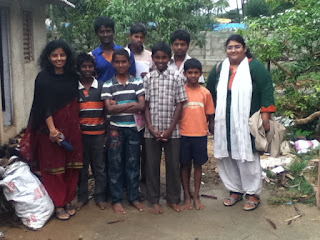 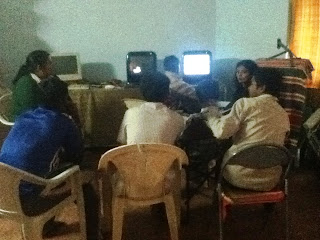 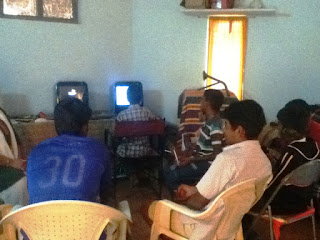 It did not end there, the children were keen to show interest in learning English, and Mathematics, for which assistance will be provided during the class timings. Medium of instruction for children will be English and they are requested to speak in English and they will in turn teach the guides basic Kannada. Mathematics support will be given by Suraj (of course, he has to share all the mathematical skills his grandma affectionately showered on him throughout). Computing skills be extended by Rajashree and Pragya.

Thanks to all the three of you for this great FIRST STEP.

And you, know the children are indeed a talented and blessed bunch. See the drawings they shared with my wife, Pragya and Suraj: 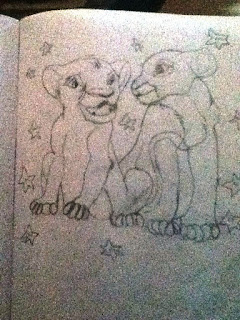 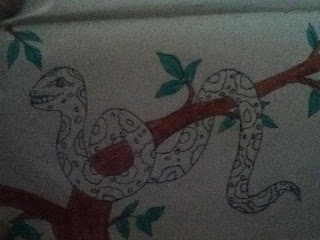 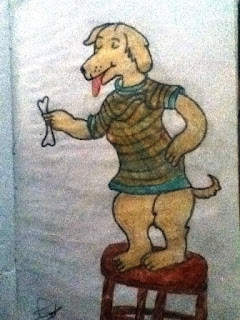 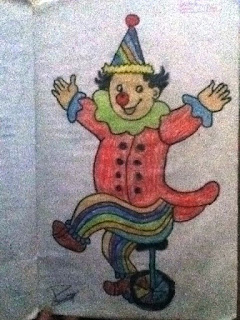 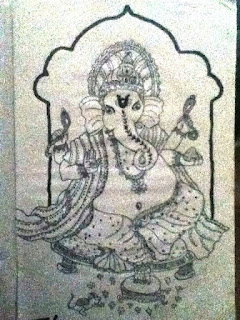 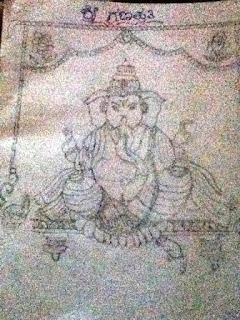 To tell you, I knew they were a group of children and a power house of  talents, when I listened 24 of them singing bhajans before the Annadhanam, on 19th November 2011. The vibration I received was just the same that one gets in the bhajan hall of Puttaparthi with more than 20 or 30 thousands of devotees singing with one voice and devotion... What they need is a Tabala or dolak.. Everything will come, with our gurus blessings.

Sincere thanks to Mrs. Pragya for coming forward to extend a helping hand to this noble project and to my loving wife Rajashree and son Suraj.

Anyone interested to give us a helping hand may contact us on the details mentioned e Nidhi SREE NIDHI  .


Those who are interested to participate kindly revert either by email (team1dubai@gmail.com).

The joyous feeling of this first day is unexplainable.

Opportunity to participate in an education initiative 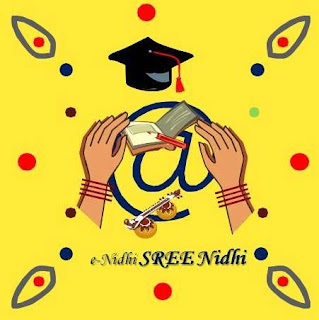 Continuing our efforts with the dream project, “e Nidhi SREE Nidhi”,  we have come across an opportunity to educate basic computing skills to children at SAI ASHRAYADHAM, which is close to our apartment complex.

The idea is to impart knowledge and training for the children there to operate computer, learn the basics, and develop their interest so that they can operate computer terminals and kiosks enabling them to look for a first hand opportunity at malls and organization at data entry personnel, or console operators.

We have met and discussed Shri. A P N Sharma, who is the Founder Trustee of the SAI ASHRAYADHAM and have come out with a plan to conduct these classes on every Saturday between 2 PM and 4 PM.

Our wish is to start this humble initiative from this Saturday, 26th November 2011 in line with the ongoing birthday celebration activities happening around.

If any of you are interested to participate in this seva, as volunteer tutor on regular basis or stand in / replacement tutor in case of emergency/non-availability, kindly contact me or my wife or the following:

Those who are interested to participate kindly revert either by email (team1dubai@gmail.com).

p.s.: We are also looking for someone with Computer hardware skills to rectify some PCs and install software.
Posted by ClicksandWrites at 7:39 AM No comments: 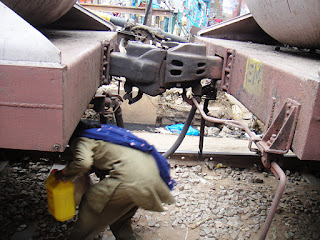 I have written here earlier too about the need for a pedestrian overbridge at the Whitefield railway crossing. It is labelled clearly by the railway authorities that "Trespassing is prohibited". But it looks like there ends there (Railway's) responsibility. When they built the flyover and closed this railway gate permanently, they never thought options for the public to:

- to consider the huge number of public who rely that route mainly to reach the bus station, railway station from both sides and the ashram and market and shopping area and residential area situated on one side of the gate.

- never ever thought about the elderly or rather even young who has to go across two or even three waiting trains, which can move any time when the pass underneath them

The sad thing is that this case is made aware to the legislator, railway authorities, electricity board, bus terminal authorities and even police. It looks like someone somewhere is competing with the other as to who will make the first step to solve this issue.

The day is not too far, when we will get to hear a tragedy of someone getting run over by a starting train, which has stopped when they tried to move down under.

I really pity everyone for this plight, especially the elders and sick, when even young find it difficult to cross over.

Hope this post and the photo and the video in the attached link (as I cannot post videos here) open the eyes of general public who uses this route and the authorities to find immediate solution to resolve this issue and build a flyover to have safe journey across, and install necesary and sufficient lighting on both sides.

I tried my best efforts to alert all concerned about this danger several times, and look forward to added assistance from Praja members and general public to resolve this.


Posted by ClicksandWrites at 12:46 AM No comments:

The October 2011 editiorial of KNSS (Karnataka Nair Services Society) News Bulletin came out with an important topic - " A Will". As a person who interact with many during emergency situation, I have noticed several times families left stranded with no guidelines as to assets and liabilities of their heads or bread earners. The topic detailed is therefore very important.

In addition, I have also noticed that many of us do not carry valid contact numbers to reach near and dear ones in case of an emergency. There is a need for such a document carried along with valid contact details, blood group and other relevant instructions such as health conditions (allergy/operations carried out etc), which will help assist emergency assistance.

Thanks to KNSS editorial team for coming out with a very useful topic.

﻿
Posted by ClicksandWrites at 12:20 AM No comments:

By booking this, you are not assured with Darshan at Sabarimala. However this entitles you to join the queue at "Nadapanthal".  After verifying your credentials you will be put through the queue for darshan eventually along with those who are waiting in the queue.  This is a free service offered by Kerala Police for the purpose of crowd management at Sabarimala. You are not required to make any payment in this connection.

Disclaimer : Kerala Police will not be responsible for any inconvenience, difficulty or loss of time caused due to reasons beyond our control.  Kerala Police do not take responsibility for providing darshan at Sabarimala or for any other deficiency in service at Sabarimala.
Important
Important Instructions to be followed in Queue Placement Coupon Booking. 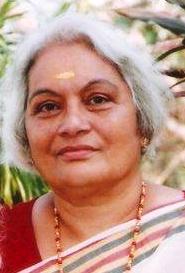 With profound sadness, I write to you today (3rd November 2011) the demise of my mother in law Mrs Vijayalekshmy Menon, at HCG Hospital, Bangalore at 8:50 pm. A Kerala state Badminton player and as a person with definite objectives in life and will power to fight, she really fought her final battle with cancer, aggressively than anyone and left me and my family with lots of memories for the future without her.

She worked as a teacher of mathematics at St George School Delhi, St Thomas School Bangalore and later as Librarian at  Our Own English High School Abu Dhabi.

Mrs Vijayalekshmy Menon is survived by her only daughter Rajashree, grandson Suraj and brothers Joy, Santhan, Sethu and Venu.

Her husand Late MRK Menon and son Late Rajeev Menon passed away some years ago.

Cremation will be conducted as per Hindu rites at Kalpally electric crematorium, Bangalore on 4th November 2011 at 11:00 am.

Being with her during the entire period of her final week in this earth and especially the last 3 days, I really felt the campaigners for Breast Cancer should change it's iconic color from Pink to Red Color and also doubt whether these campaigns on Breast Cancer Care and Awareness really reaching to the audience and purpose intended.