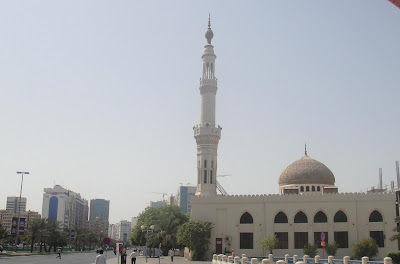 Today is the first day of the holy month of Ramadan. It is the 9th month according to the Muslim calendar and very special to all muslims. From the time, I came to gulf, I enjoy following the fast and festivities associated with Ramadan. May be it is due to the religious upbringing I followed from my childhood which gave prominence to all religion and taught me to consider every one with importance irrespective of their caste or creed. May be this enthusiasm and belief is the force behind me to do the second edition of the Ramadan thoughts this year too. The first edition done last year was in Malayalam and many of my friends were unable to read it and I am following their request this year to do a version in English.

This is the month of August and days are longer than other months. That means fasting during the entire period of the day is a tough proposition to all, especially who do not fast regularly. It gives an added importance and virtue to this religious ritual and give a person a test to his commitment and belief.

During the month of Ramadan, muslims fast from dawn to sunset. It is therefore important that muslims and non-muslims do not eat, drink or smoke in public places during this period. All these are considered as an offence to the belief. Please also do not express any type of anger or swearing in public during this period.

Muslims pray five times during Ramadan. When the call for prayer is announced, it is required to keep silence and reduce the sound of any loud music or public announcements happening around.

Display of affection between men and women in public places should also be controlled during the holy month of Ramadan. Provocative clothing should also be avoided during Ramadan period.

Fasting muslims eat two meals a day during Ramadan, namely Suhour and Iftar. Suhour is a pre-dawn meal, taken to give enough strength to fast. Iftar marks the end of the fast just after the sunset and mainly water, fresh juice and dates are taken. The main course of food is taken later during the evening after performing the Maghrib prayers. 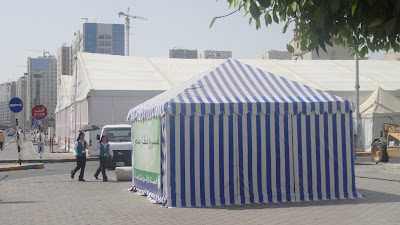 I will try to add daily a few pictures of how the society celebrates the holy month of Ramadan in this part of the world.

I wish all my friends blessings of this holy month.