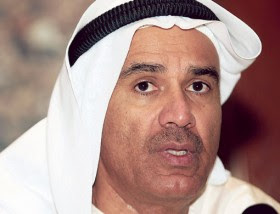 Dubai: The Quran Park, shaded walkways and rooftop greenery are some of the new projects approved by His Highness Shaikh Mohammad Bin Rashid Al Maktoum, Vice President and Prime Minister of the UAE and Ruler of Dubai.

Shaikh Mohammad approved the projects after his visit to Dubai Municipality where he was given a presentation on the projects by the civic body's chief engineer Hussain Nasser Lootah.

Mohammad Abdullah Al Gergawi, Minister of Cabinet Affairs, was present on the occasion.

Lootah explained the components and targets of the vital projects including the Quran Park in Khawaneej. Shaikh Mohammad issued instructions to commence the implementation of the projects. He also approved the development of markets in remote areas.

Shaikh Mohammad expressed satisfaction with the efforts of the municipality and its capable Emirati employees.

The promotion came as a reward for the sincere efforts and constructive ideas of Lootah, who contributed to enhance the standard of civic services and oversaw the implementation of several ambitious projects.

Lootah expressed his gratitude and appreciation for the trust placed in him by Shaikh Mohammad.

He vowed that he would spare no effort to serve the nation and people. He noted that the municipality would go ahead and implement its development and service projects in the best interests of the nation.

As acting director-general of the Municipality, Lootah unveiled a strategic plan for the civic body (2007-2011) which was coordinated with the Dubai Strategic Plan for 2015.

- Quran Park: The park to be built in the Khawaneej area will be the first educational cultural park of its kind. The 65-hectare park will be designed in a traditional way with pedestrian and cycling paths.

- Shaded pedestrian walks: The project aims to provide cool walkways for pedestrians on a number of open roads and markets.

Engineer Hussain Lootah has been appointed Director-General of Dubai Municipality.

As Acting Director General, Lootah managed the civic body, helped by a team of six assistants, who heads sectors consisting of 20 departments. Three departments and an independent office and section reported to him directly.

A civil engineering graduate from the US, Lootah began his career as an engineer with the Federal Ministry for Electricity and Water. He joined the municipality in 1985 as assistant head of a section, and was later promoted Drainage Department head.

He was appointed assistant director-general for Environment and Public Health Affairs with the departments of Public Health, Environment, Public Parks and Horticulture and Drainage and Irrigation reporting to him. In 2004, he was made the assistant director-general for Planning and Building Affairs to look after departments of the Planning and Survey, Building and Government Housing, Geographical Information Systems Centre and Statistics Centre.

Personal Note:
As a person who regularly participate in the HAVE YOUR SAY programme of Dubai Municipality and having been selected for the award from them for the last two years consecutively, I personally have very high regards for the efficient Administrative style and Innovative approach of Mr. Lootah. I wish him achieve many maure laurels in the coming years.