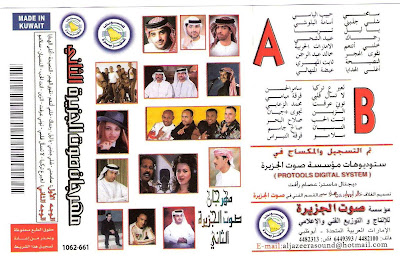 A long time dream of Sri K P Jayan. A song with Arab singers and pictured together!. Being an Indian and Non Arabic speaking, it was a great task to have a song recorded But at last it happned due to the great support of his welwishers in the Arab world. The casset name is Marjan and is produced in Kuwait and recorded in Al jazeera Studio in Abudhabi. It is a duet song with Najua Zoheir and currently she is based in Cairo and an established Arabic singer.
Posted by ClicksandWrites at 12:49 AM

Email ThisBlogThis!Share to TwitterShare to FacebookShare to Pinterest
Labels: Clicks and writes, Events Covered and Reviews