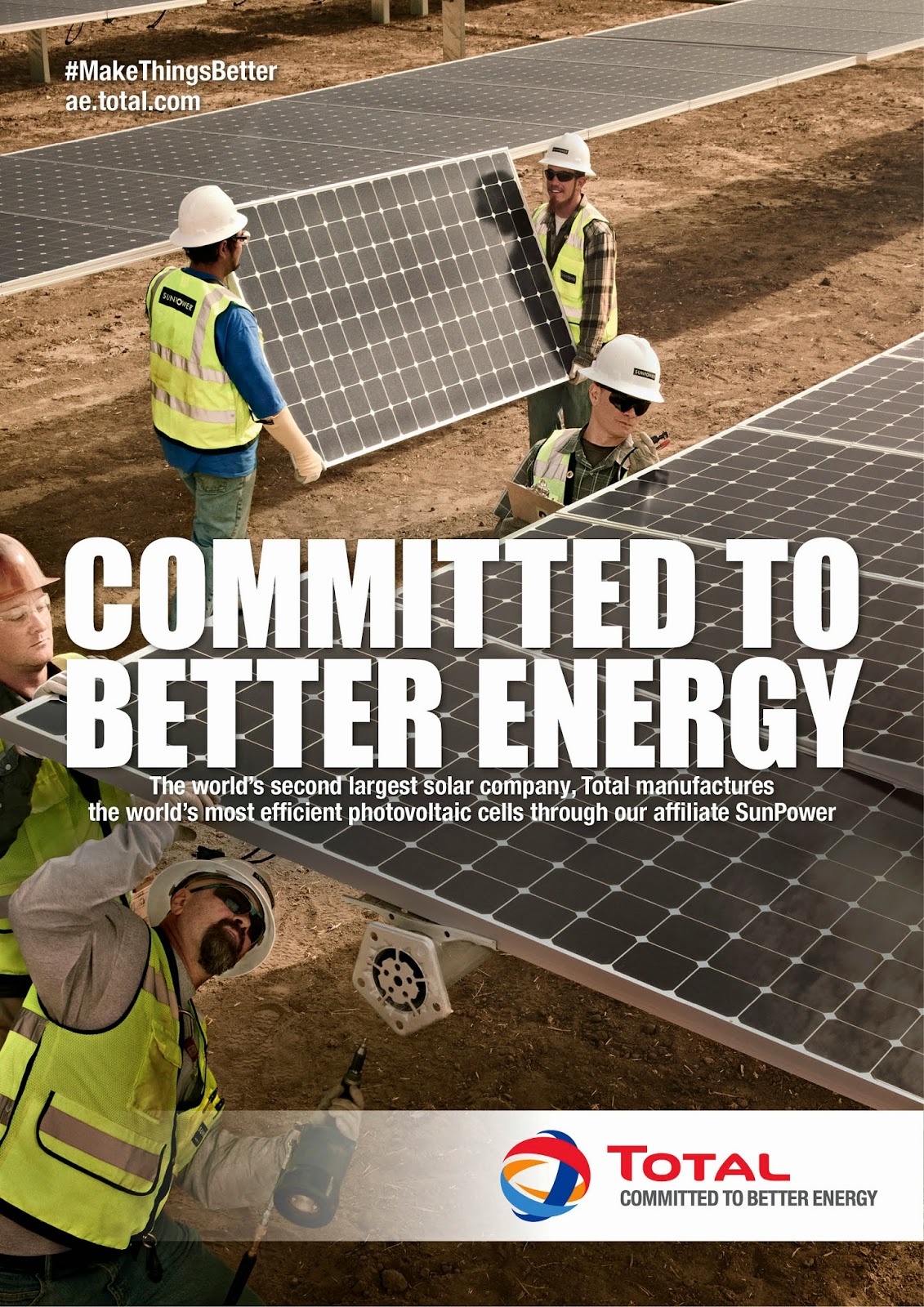 The campaign highlights Total's operations in oil production, refining and marketing, as well as its role as a major player in natural gas (50% of its output) and as the global number two in solar power, through its subsidiary SunPower.

The campaign provides a tangible illustration of the meaning behind the Group's new baseline, "Committed to Better Energy", which puts the emphasis on producing "better", not "more".

In this way, the Group is sharing its conviction that the path to a responsible energy future lies first and foremost in energy that is safer, cleaner, more efficient, more innovative and accessible to as many people as possible.

To help shoulder this commitment, a large number of Group employees were involved in producing the campaign, and most of the scenes in the commercial were filmed at Total sites.

"Total is a leading global energy company. It needs a powerful brand over the long term to support the growth of its businesses. This large-scale campaign is the first of its kind in Total's history. It reflects both our size and our ambitions," said Jacques-Emmanuel Saulnier, Total's Senior Vice President, Corporate Communications.

In another comment, Hatem Nuseibeh, President of Total E&P UAE and Group Representative, said:"our vision and our continuous improvement approach - always better - are seen in our work in the front lines, alongside and for our stakeholders."
He added "This isn't just a promise for the future, it's the everyday reality for Total's 100,000 employees."

The campaign will be deployed in 21 countries and will run in successive waves over the next three years on television, in the press, on the web and on social networks. It will also be featured in airports.

Total is one of the largest integrated oil and gas companies in the world, with activities in more than 130 countries. Its 100,000 employees put their expertise to work in every part of the industry -exploration and production of oil and natural gas, refining, chemicals, marketing and new energies. Total is working to help satisfy the global demand for energy, both today and tomorrow.

Total has been operating in Abu Dhabi for nearly 75 years and is involved in eight joint ventures. It has also operated Abu Al Bukhoosh field for nearly 40 years.