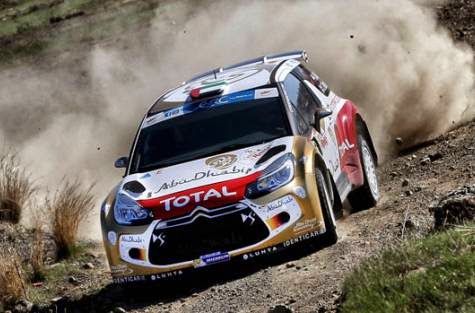 New two-day event begins on Thursday, with home hero Khalid among the favourites

Abu Dhabi: Some of the region’s top motorsport stars are gearing up for the first two-day Abu Dhabi Rally on Thursday and Friday.
Fifteen teams will compete in the competition, which begins at Yas Marina Circuit and which is a candidate event for the 2015 FIA Middle East Rally Championship (MERC).

The rally is being held by Abu Dhabi Racing and Yas Motor Racing Club and begins with a spectator stage on Thursday, where motorsport fans can watch elite drivers from the UAE, Qatar and Lebanon battling it out.

Among the favourites to clinch the Abu Dhabi title are Shaikh Khalid Bin Faisal Al Qasimi, Chairman of Abu Dhabi Racing, who was one of the first drivers to register for the event.

Shaikh Khalid shot to prominence in 2002, when he won the Group N title in the Middle East Rally Championship.

He is currently second in the MERC table and is participating in selected World Rally Championship rounds with the Citroen Total Abu Dhabi World Rally Team.

Abu Dhabi Rally 2014 consists of nine stages, kicking off with an asphalt stage (3.51km) at Yas Marina Circuit on Thursday, to be held after the ceremonial opening of the rally at 8pm.

The spectator stage will be held on the North Handling Circuit at Yas Marina, where each driver will have two attempts at recording his fastest time.

Access to the stands will be free of charge.

The second day of the event will consist of eight special stages on gravel roads. The first stage is Ghantoot (18.7km), followed by Al Jarf (20.55km), Al Maha (12.7km) and Al Taweelah (21.1km). The competitors will then repeat the same stages.

For all my readers:

(If you enjoyed reading this post and wish to subscribe to my blog, please go to the left hand side and choose the last 'box' which says subscribe. Also explore the many 'previous articles' listed month-wise on the links above on the left side of the blog. Share the posts with your friends through Facebook, Twitter or other accounts using the buttons below each post. Thank you and best regards - Ramesh Menon
Posted by ClicksandWrites at 7:11 AM