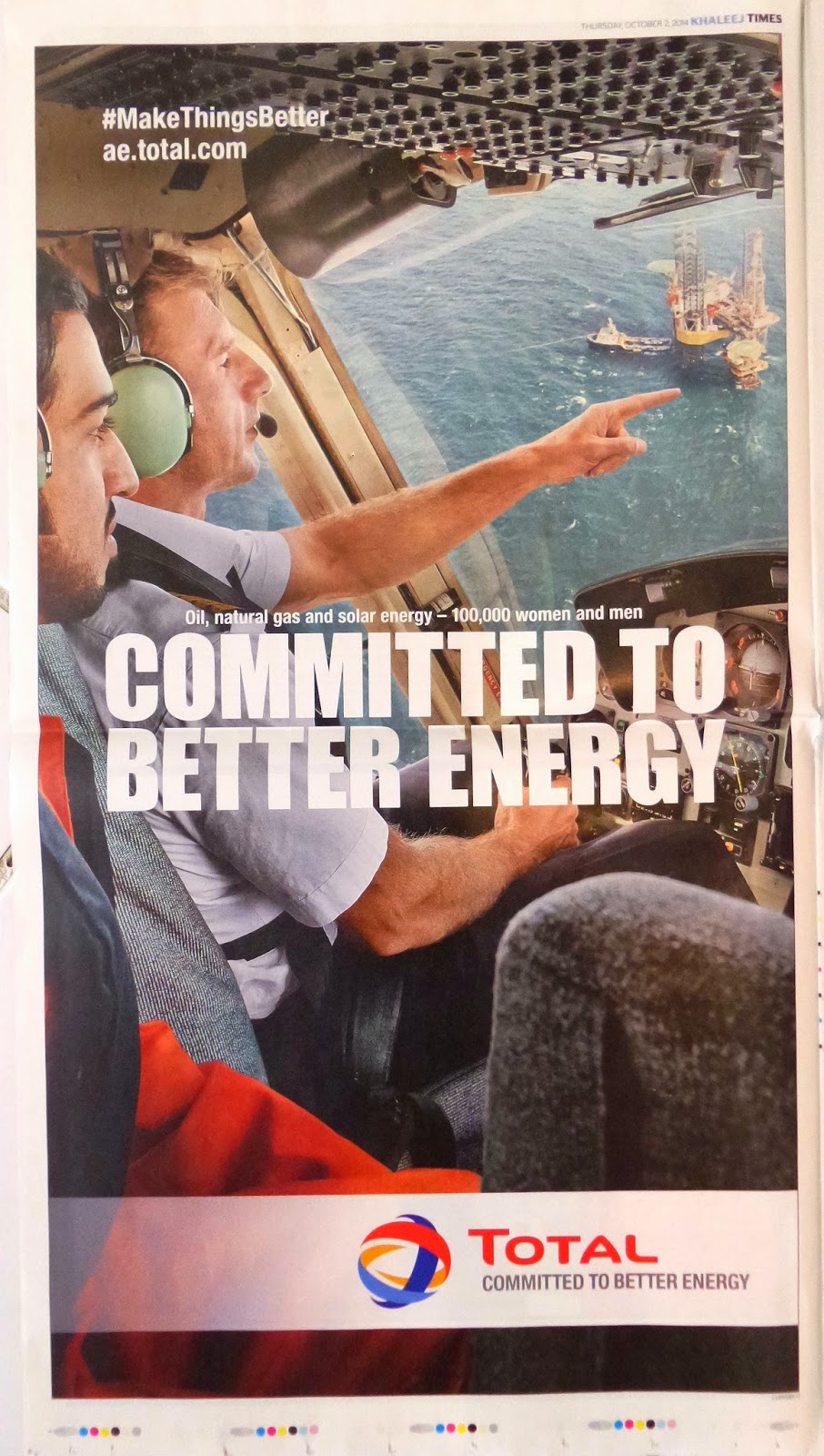 Total is launching its new international multimedia advertising campaign simultaneously in 21 countries on October 2nd to develop the Group’s brand awareness. The campaign highlights Total’s operations in oil production, refi ning and marketing, as well as its role as a major player in natural gas (50% of its output) and as the global number two in solar power, through its subsidiary SunPower.

The campaign provides a tangible illustration of the meaning behind the Group’s new baseline, “Committed to Better Energy”, which puts the emphasis on producing “better”, not “more”. In this way, the Group is sharing its conviction that the path to a responsible energy future lies first and foremost in energy that is safer, cleaner, more efficient, more innovative and accessible to as many people as possible.

To help shoulder this commitment, a large number of Group employees were involved in producing the campaign, and most of the scenes in the commercial were fi lmed at Total sites.

“Total is a leading global energy company. It needs a powerful brand over the long term to support the growth of its businesses. This large-scale campaign is the first of its kind in Total’s history. It reflects both our size and our ambitions,” explains Jacques-Emmanuel Saulnier, Total’s Senior Vice President, Corporate Communications. “Our vision and our continuous improvement approach – ‘always better’ – are seen in our work in the front lines, alongside and for our stakeholders. This isn’t just a promise for the future, it’s the everyday reality for Total’s 100,000 employees.”


To learn more, visit Total in UAE and find us on Facebook.