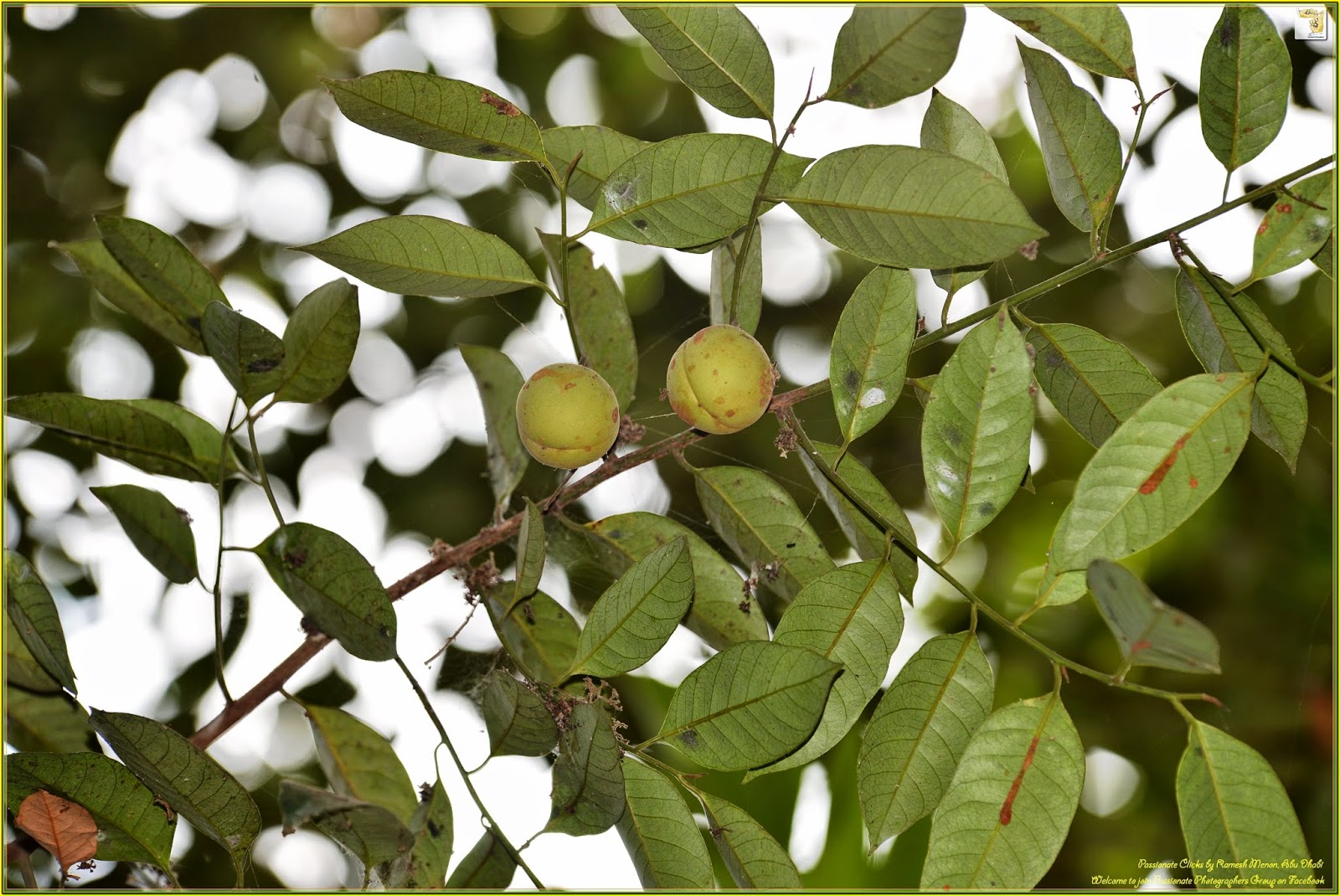 Nutmeg (also known as pala in Indonesia) is one of the two spices – the other being mace – derived from several species of tree in the genus Myristica.[1] The most important commercial species is Myristica fragrans, an evergreen tree indigenous to the Banda Islands in the Moluccas (or Spice Islands) of Indonesia.

Nutmeg is the seed of the tree, roughly egg-shaped and about 20 to 30 mm (0.8 to 1.2 in) long and 15 to 18 mm (0.6 to 0.7 in) wide, and weighing between 5 and 10 g (0.2 and 0.4 oz) dried, while mace is the dried "lacy" reddish covering or aril of the seed. The first harvest of nutmeg trees takes place 7–9 years after planting, and the trees reach full production after twenty years. Nutmeg is usually used in powdered form. This is the only tropical fruit that is the source of two different spices. Several other commercial products are also produced from the trees, including essential oils, extracted oleoresins, and nutmeg butter.

Nutmeg and mace have similar sensory qualities, with nutmeg having a slightly sweeter and mace a more delicate flavour. Mace is often preferred in light dishes for the bright orange, saffron-like hue it imparts. Nutmeg is used for flavouring many dishes, usually in ground or grated form, and is best grated fresh in a nutmeg grater.

In Penang cuisine, dried, shredded nutmeg rind with sugar coating is used as toppings on the uniquely Penang ais kacang. Nutmeg rind is also blended (creating a fresh, green, tangy taste and white colour juice) or boiled (resulting in a much sweeter and brown juice) to make iced nutmeg juice.

In Indonesian cuisine, nutmeg is used in various dishes, mainly in many soups, such as soto soup, baso soup or sup kambing.

In Middle Eastern cuisine, ground nutmeg is often used as a spice for savoury dishes.

In original European cuisine, nutmeg and mace are used especially in potato dishes and in processed meat products; they are also used in soups, sauces, and baked goods. It is also commonly used in rice pudding. In Dutch cuisine, nutmeg is added to vegetables such as Brussels sprouts, cauliflower, and string beans. Nutmeg is a traditional ingredient in mulled cider, mulled wine, and eggnog. In Scotland, mace and nutmeg are usually both essential ingredients in haggis.

In Italian cuisine, nutmeg is almost uniquely used as part of the stuffing for many regional meat-filled dumplings like tortellini, as well as for the traditional meatloaf.

Japanese varieties of curry powder include nutmeg as an ingredient.

In the Caribbean, nutmeg is often used in drinks such as the Bushwacker, Painkiller, and Barbados rum punch. Typically, it is just a sprinkle on the top of the drink.

The pericarp (fruit/pod) is used in Grenada and also in Indonesia to make jam, or is finely sliced, cooked with sugar, and crystallised to make a fragrant candy.

In the US, nutmeg is known as the main pumpkin pie spice and often shows up in simple recipes for other winter squashes such as baked acorn squash.

The essential oil obtained by steam distillation of ground nutmeg is used widely in the perfumery and pharmaceutical industries. This volatile fraction typically contains 60-80% d-camphene by weight, as well as quantities of d-pinene, limonene, d-borneol, l-terpineol, geraniol, safrol, and myristicin. In its pure form, myristicin is a toxin, and consumption of excessive amounts of nutmeg can result in myristicin poisoning. The oil is colourless or light yellow, and smells and tastes of nutmeg. It contains numerous components of interest to the oleochemical industry, and is used as a natural food flavouring in baked goods, syrups, beverages, and sweets. It is used to replace ground nutmeg, as it leaves no particles in the food. The essential oil is also used in the cosmetic and pharmaceutical industries, for instance, in toothpaste, and as a major ingredient in some cough syrups. In traditional medicine, nutmeg and nutmeg oil were used for disorders related to the nervous and digestive systems.

After extraction of the essential oil, the remaining seed, containing much less flavour, is called "spent". Spent is often mixed in industrial mills with pure nutmeg to facilitate the milling process, as nutmeg is not easy to mill due to the high percentage of oil in the pure seed. Ground nutmeg with a variable percentage of spent (around 10% w/w) is also less likely to clot. To obtain a better running powder, a small percentage of rice flour also can be added.

Nutmeg butter is obtained from the nut by expression. It is semisolid, reddish-brown in colour, and tastes and smells of nutmeg. About 75% (by weight) of nutmeg butter is trimyristin, which can be turned into myristic acid, a 14-carbon fatty acid, which can be used as a replacement for cocoa butter, can be mixed with other fats like cottonseed oil or palm oil, and has applications as an industrial lubricant.


Text source : Wikipedia
Posted by ClicksandWrites at 8:59 AM