Up, Close and Personal with a Squirrel 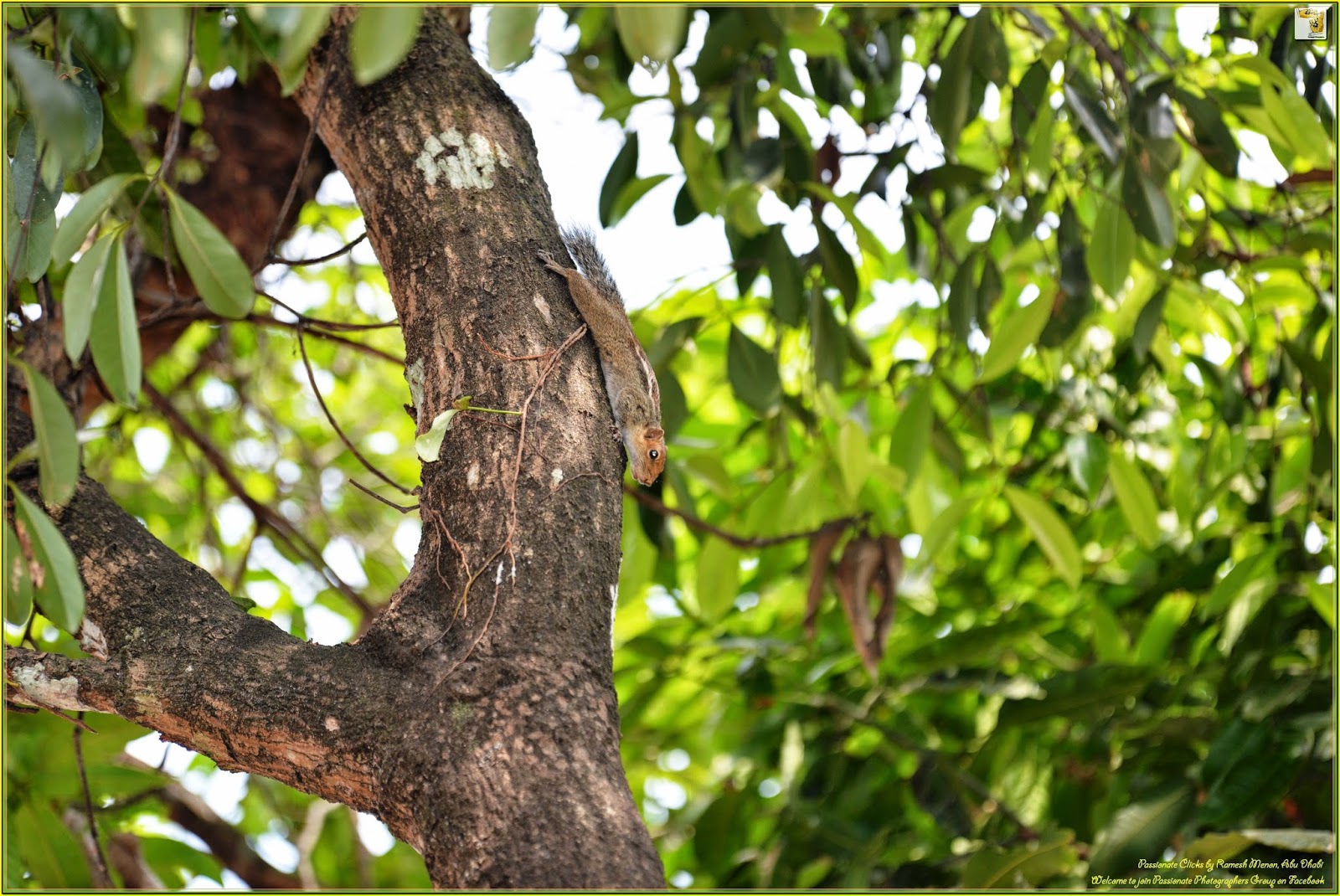 Squirrels are members of the family Sciuridae, consisting of small or medium-size rodents.
Squirrels are generally small animals, ranging in size from the African pygmy squirrel at 7–10 cm (2.8–3.9 in) in length and just 10 g (0.35 oz) in weight, to the Alpine marmot, which is 53–73 cm (21–29 in) long and weighs from 5 to 8 kg (11 to 18 lb). Squirrels typically have slender bodies with bushy tails and large eyes. In general, their fur is soft and silky, although much thicker in some species than others. The color of squirrels is highly variable between—and often even within—species.

In general, the hind limbs are longer than the fore limbs, and they have four or five toes on each paw. Their paws include an often poorly developed thumb, and have soft pads on the undersides. Unlike most mammals, Tree squirrels can descend a tree head-first. They do so by rotating their ankles 180 degrees so the hind paws are backward-pointing and can grip the tree bark.

Squirrels live in almost every habitat from tropical rainforest to semiarid desert, avoiding only the high polar regions and the driest of deserts. They are predominantly herbivorous, subsisting on seeds and nuts, but many will eat insects and even small vertebrates.

As their large eyes indicate, in general squirrels have an excellent sense of vision, which is especially important for tree-dwelling species. They also have very versatile and sturdy claws for grasping and climbing. Many also have a good sense of touch, with vibrissae on their heads and limbs.

Most squirrels die in the first year of life. Adult squirrels can have a lifespan of 5 to 10 years in the wild. Some can survive 10 to 20 years in captivity.

Squirrels breed once or twice a year and give birth to a varying number of young after three to six weeks, depending on species. The young are born naked, toothless, and blind. In most species of squirrel, only the female looks after the young, which are weaned at around six to ten weeks of age and become sexually mature at the end of their first year. In general, ground-dwelling species are social animals, often living in well-developed colonies, but the tree-dwelling species are more solitary.

Squirrels cannot digest cellulose, so they must rely on foods rich in protein, carbohydrates, and fats. In temperate regions, early spring is the hardest time of year for squirrels, because buried nuts begin to sprout and are no longer available for the squirrel to eat, and new food sources have not become available yet. During these times, squirrels rely heavily on the buds of trees. Squirrels' diets consist primarily of a wide variety of plants, including nuts, seeds, conifer cones, fruits, fungi, and green vegetation. However, some squirrels also consume meat, especially when faced with hunger. Squirrels have been known to eat insects, eggs, small birds, young snakes, and smaller rodents. Indeed, some tropical species have shifted almost entirely to a diet of insects.