Dubai: Those who pick up bad road habits seldom consider the consequences of their actions which may lead to severe road hazards.

Though texting while driving, among other bad road habits, has become as frequent as using car indicators, the action remains unjustifiable.

Gulf News reveals some bad experiences of UAE residents on the road, including their reaction to some of the incidents they encountered.

Colonel Jamal Al Bannai, Acting Director of Dubai Traffic Police, said that Dubai Police urge people to follow traffic rules and regulations. “People should not underestimate those violations, even if they think it’s minor, because they can lead to traffic jams and accidents.”

He added that people put their lives and the lives of others at risk by committing these offences, because they are not fully aware of the dangers of what they are doing.

Dubai Police, Al Bannai said, do not go easy on offenders and issue them fines. 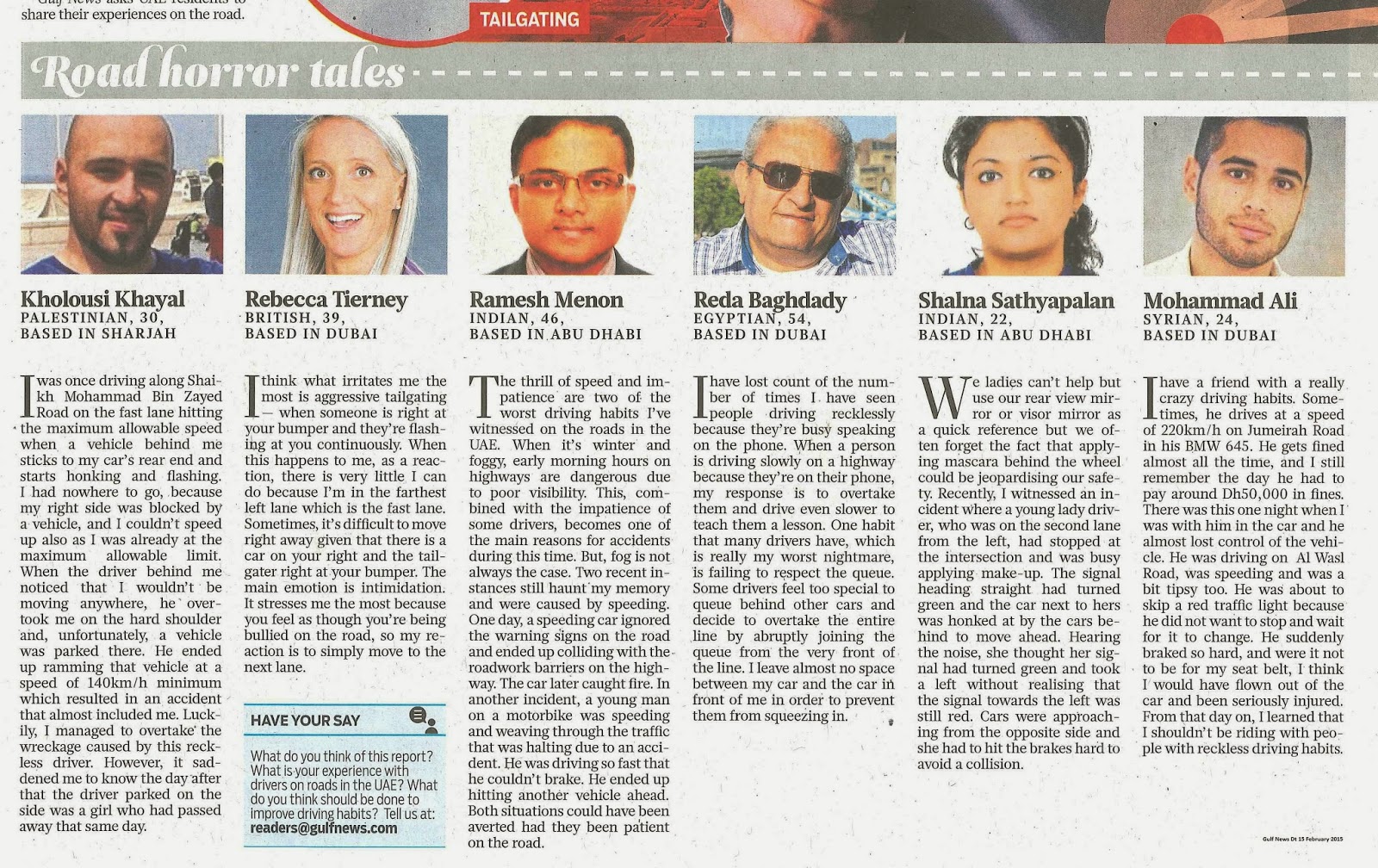 RAMESH MENON, INDIAN, 46, BASED IN ABU DHABI
“Speed thrill and impatience are two of the worst driving habits I’ve witnessed on the roads in the UAE. When it’s winter and foggy, early morning hours on highways are dangerous due to poor visibility. Poor visibility added with impatience of some drivers becomes one of the main reasons for accidents during this time. But, fog is not always the case. Two recent instances still haunt my memory and were caused by speeding. One day, a speeding car ignored the warning signs on the road and ended up colliding with the roadwork barriers on the highway. The car later caught fire. In another incident, a young man on a motorbike was speeding and weaving through the traffic that was halting due to an accident. He was driving so fast that he couldn’t brake. He ended up hitting another vehicle ahead. Both situations could have been averted had they been patient on the road.”
Posted by ClicksandWrites at 12:25 AM